AVON Names Fazura As The Face Of AVON Color Cosmetics 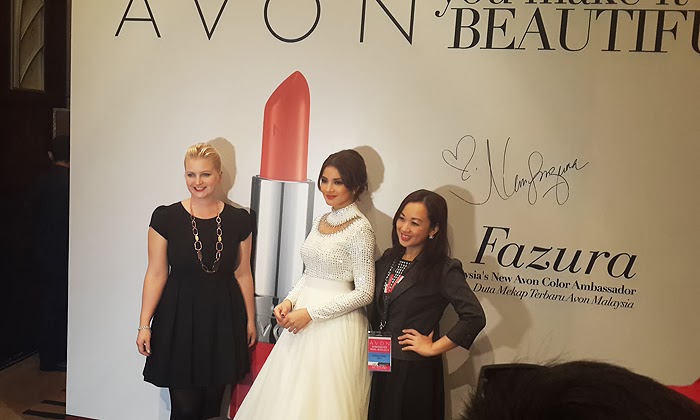 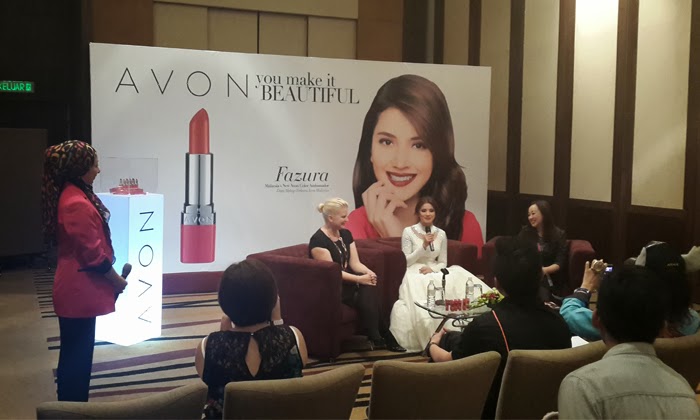 Fazura’s involvement with Avon goes back a few years when she was the face for the company’s fragrance range. The silver screen siren gushes about her crossover “I’m happy to be back, this time doing a range that I absolutely love! My return is timely with Absolute’s launch and let me tell you, it’s one of the best lipsticks I have ever tried.  It’s a must have!”

“We are honored to have her back to Avon, not only she’s beautiful, Fazura is an inspirational icon of a woman who embodies beauty both inside and out. Having Fazura as an ambassador is a perfect example as she plays a big role model to encourage many women to be successful,” said Mandy Cupper, Avon’s Head of Commercial Marketing.

“Avon is always known as the company that empowers women. That is why, I love working with Avon to inspire women out there to be independent and take opportunities to earn extra income for their own and family,” added Fazura.

In conjunction with the launch of the new lipstick, Avon is also giving customers and Representative a chance to win a Perodua Viva S car and thousands of products in its Crazy for Lipsticks Scratch & Win contest. With over 30 main prizes and thousands of Avon products to be won, everyone is a sure winner.

Avon Ultra Color Absolute lipstick cost RM19.90 (S&S, RM22.90) each and available in stores starting 16 February 2014. To purchase, contact your AVON Dealer or visit any AVON Beauty Boutiques nationwide. For inquiries, call the AVON toll-free Line at 1-800-22-AVON (2866) or log on to http://www.my.avon.com

About AVON
Avon, the company for women, is a leading global beauty company, with over $8 billion in annual revenue. As one of the world’s largest direct seller, Avon markets to women in well over 100 countries through over five million independent Avon Sales Representatives. Avon’s product line includes beauty products, fashion jewellery and apparel, and features such well-recognized brand names such as AVON, Simply Pretty, Fragrance Range, Anew, Skin-So-Soft, Avon Solutions, Avon Naturals, Avon Intimates, Avon Jewellery and Avon Wellness.  Learn more about Avon and its products at www.my.avon.com.

Dreams are free. So keep on dreaming. I am a dreamer. Love food and travelling. Can't live without music. And a joker most of the time.
Random